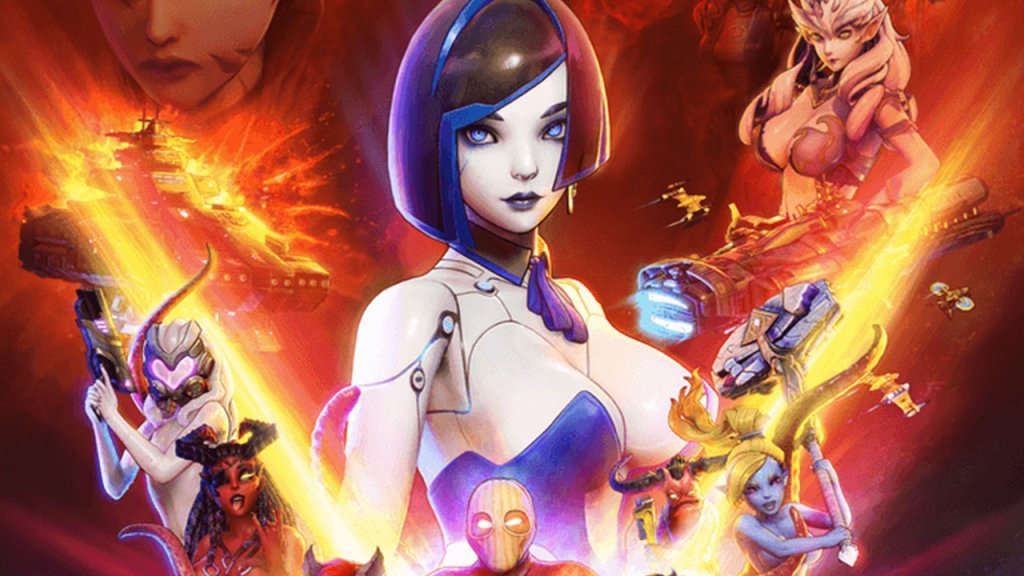 Studio FOW, the developer of Subverse, has come forth to bring us almost one hour worth of gameplay footage about their upcoming game, filled with lots of information and details over puzzling questions that we now have answers to!

We now even have the box art for the game which is looking absolutely stunning! To watch the video, go to Arch’s channel who partnered with Studio FOW to bring us the exclusive first look at Subverse.

If you are new to Subverse, you probably want to watch the cinematic trailer of the game to catch up. This is an adult game worth knowing about, something that made history in crowdfunding on Kickstarter by raising over £1,500,000 out of £100,000 initial goal.

Studio FOW proved to the game industry just how demanded adult games truly are in modern gaming. With its success, we can expect a new wave of big companies and Indies rising to create more high-quality adult games now and in the future.

The original length of the game was estimated to be around 30 hours, but the devs have now confirmed that we are getting way more hours out of Subverse.

This is a massive RPG with a huge script that originally was supposed to be 100 pages long but is now hundreds instead. Because of this heavy task that Studio FOW has taken upon themselves, it has been confirmed that we are getting Subverse released in chapters instead of a one-time full release.

The first chapter arrives in Quarter One 2021! The final release date will be announced closer to the release.

The important thing to note from this is that you only will have to buy the game once to have access to all the chapters down the line. DLCs will naturally not be included, those are something that you have to buy separately.

This is Studio FOW’s strategy to release the game early for those who have been dying to get to play the game sooner rather than later.

As the development continues, Studio FOW will be introducing players to Subverse’s chapters one after another while building hype and excitement around the game.

Within these specific chapter-focused information packages we will learn more about the new waifus and their recruitment questlines and sex scenes.

the quarter one 2021 content drop will contain the game’s first several complete chapters and three waifus (Demi, Lily, and Killision). On top of this, it will feature all of Subverse’s core gameplay experiences.

You will be able to enjoy the story, cruise Prodigium in the Mary Celeste, complete main and side quests, make Manticores, battle in grid combat, and play the SHMUP missions, not to forget, experience some of the delicious sex Subverse will have in store for you!

Arch’s exclusive video of Subverse answers many questions about different gameplay mechanics and features that we have been dying to know ever since we saw the first announcement trailer.

We get a deep dive into Lily’s laboratory where we learn about Manticores, Biomutant weapons used on the grid combat missions. We also get to see some gameplay of grid combat and even Fenix Shoot’em up missions, all this, and more!

We have now been told that we will be able to customize the waifus eventually, this feature includes their hair, eyes, and outfit. The Fenix spacecraft used on the SHMUP sections can also be customized with several paint jobs.

The video also explored all the interactable rooms on Mary Celeste, your main spaceship to command…

The bridge is the base of operation for all your future missions. Similar to Mass Effect, you navigate to your holo-table with a big galactic map in the middle and choose your next destination.

The Prodigium galaxy that acts as the playground for all the game’s space adventures holds different Nebulas inside, all named after some famous monsters; dragon, Hydra, Kraken, yeti, and Griffin. As you progress through the story, you gain access to these Nebulas but you start your adventure from the Dragon Nebula.

Inside the Nebulas rests different Systems that are points of interest to visit. Once an area has been selected, your spaceship warps into that system and grants free movement.

Inside the Systems you will be able to carry out planet scanning for resources and take part in grid combat and SHMUP missions.

There are at least three potential missions for each interactable planet waiting for the player to challenge. With these challenges come rewards, experience, and key items to collect.

The Grid combat missions usually make you face a certain faction from the story. Each faction specializes in different combat tactics, for example, Fuck bots are known to be swarm-type fighters, so adjusting your crew according to their strengths and weaknesses will give you an advantage in battle.

There are three types of currency in the game, Bio, Tek, and Credits, all which you can gain through combat missions.

Bio is used to create Manticores and upgrade them, Tek is used to upgrade Fenix fighter ship from Mary Celeste, as well as other mechanical upgrades found on the main ship. Credits are universal means to buy everything else in the game.

Subverse features mutants known as Manticores, allies that assist your waifus in battle.

The latest video explains that the players have to complete various Mantic creation challenges in order to be able to produce new Manticores. These can be something along the lines of doing planet scans and owning various items like Catalysts that are gained from combat missions.

We can also learn that Manticores have active, passive, and ultimate skills at their disposal during battles. The further you advance in the game, the more Manticores you unlock along the way.

Manticores do not only assist in battle but also in bed. They are the loyal servants and sex toys for your waifus to have fun with.

Captain’s quarters is a hangout room with customizable furniture and decorations. Though it may not look like anything special at first, you will have the opportunity to personalize it to your liking.

Remember, just like all the rooms on Mary Celeste that will be populated with your crew of sexy waifus, so will the Captain’s quarters eventually…

The locker room is where the player can view waifus and their combat stats and progression. It is also a place where the outfits and face/head customization options will eventually be available.

As you level up your waifus, they will gain new abilities for their weapons, as well as make their existing attacks stronger. As there is no new weapon loot to acquire, you will be experiencing all the grid combat missions with the weapon that your waifu came with.

At the Hangar, you can upgrade your Fenix fighter ship. The ship is used during SHMUP sections where you get to actually pilot and control the ship in exciting space combat.

These are combat missions in the game where you control the Fenix fighter and go head to head against other spacecraft that aims to destroy you in real-time space combat.

The difficulty will naturally rise over time and tougher ships will appear for you to face. This is where upgrades to your ship will show their true strength and value.

The bar is a typical hangout spot for you to relax, kick back, and listen to some music.

There is a Jukebox in the room that holds a list of the game’s soundtracks that can be discovered while playing the game. You can even set up default music that plays every time you visit the bar.

Last but not least, we got the Engineering room, a place for you to spend your excess currency to purchase aesthetic items.

When you feel the need to customize stuff but lack the means to do so, the Engineering room is your best place to visit!

This is more than we could have ever asked to know before the game releases. We pretty much now know everything about the combat system and Mary Celeste. The remaining part is to learn about the waifus, their sex scenes, and the main story, all of which are left for a later date to be revealed.

Like always, I will keep bringing you news about Subverse whenever there is any major news released by the developer. Once Subverse launches on Steam in Early Access, I will be reviewing the first chapter.