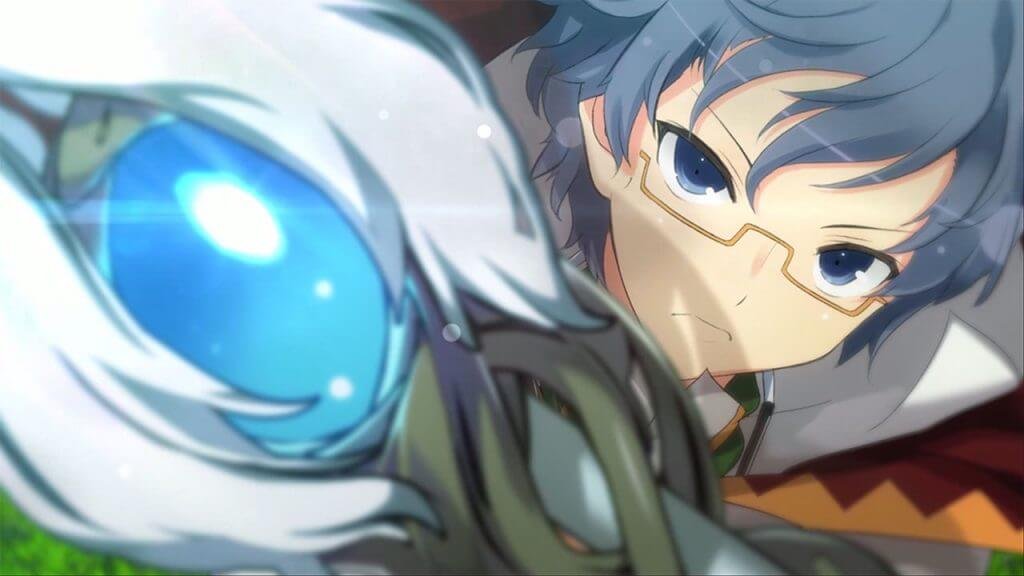 After the Evenicle 2 English demo on Steam (Clinical Trial), many are left wondering just how the story will continue from there and how the gameplay experience evolves. Is the grass greener on the other side? To answer that question here is my first impression of beyond the Clinical Trial. For those saving themselves spoiler-free for the upcoming western full version, know that there are no major spoilers here but it may still be best to not read any further – For everyone else, do continue.

At the end of the Clinical Trial, Alex and his two Waifus set sail for new lands to deliver medicine that could cure the Hero syndrome plaguing skill users once and for all. Before the curtain call for the demo, players have already had a strong grasp on the game’s story, combat, and the world, which takes about 10-13 hours to complete. Having played the first Evenicle, it is not hard to say from the demo experience alone that Evenicle 2 is an improvement compared to its predecessor that manages to capture the beauty of what is old and familiar while delivering a brand new adventure with welcome changes to the gameplay.

Even though I was quite pleased with the demo overall, I had several concerns about how the game would perform in the long run. While the combat felt addictingly fun, it also had a slight taste of tedious grind that could kill the adventure if growing to become a chore. Items from the in-game shop, though interesting at first glance, felt pointless within the size of the demo. There was also a question of whether the new Hero syndrome feature would be just a shallow gimmick to sell the new game, or if it actually had an important role to play not only within the story but also in the combat as well. These were but a few concerns of mine, ones that I have finally found an answer to having now played beyond the demo.

Is the combat a chore?

While it is true that in many JRPGs players are expected to go through a grind as part of the genre’s infamous culture, in Evenicle 2, the grind of killing the same old monsters countless times never seems to get old. Part of the reason for this is due to how rewarding leveling up feels in the game, as well as how swift they are. You truly feel growing stronger as a party with each level gained and it shows in both run-of-the-mill monster battles and boss fights.

If failing to keep up with enemies’ level, not only will the battles become tougher and longer to finish, but you will find yourself falling back to the nearest town to heal up and restock way more often. Witnessing this firsthand gave me the motivation to enjoy each random encounter with the mindset of preparing for the future battles waiting ahead.

But leveling up is not the only way to become stronger. The gear which your party wears is just as important, something that is not offered on a silver platter simply by playing through the story. Every chance you get to visit a new town shop is an opportunity to discover even stronger armors and weapons to purchase, but whether you have the money for them is a challenge that you must prepare for, as items and gear gradually grow more expensive the further you venture in the world.

You should expect grind going into Evenicle 2, but whether it feels forced or not is completely up to you and how often you choose to do battle as there are passive skills lowering the frequency of random encounters. If you welcome each battle with open arms and take your time to explore the world without rushing the story, you will find your party’s level never falling behind the enemy, thus feeling like always moving forward without being forced to go back and grind.

Getting the gang together!

Not much for an exciting build-up to see Alex’s party slowly coming together to defeat the evil, Evenicle 2 rushes to provide a full party experience for the player within the second chapter soon after having recruited Kano, the masked ninja whose company we have the pleasure to enjoy in the second half of the demo.

An easy mistake to make for some is to think that Evenicle 2 would be a Waifu collector game in which Alex goes around recruiting many pretty girls to his harem, similar to Alicesoft’s other titles like Rance X: Showdown. Rather than swapping Waifus in mid-journey and battle, Alex is stuck with four Waifus for the entire adventure, all of whom are not only introduced very early but also recruited.

Despite rushing things, each of the girls is introduced with respectable screentime and an intriguing story for the player to follow and battle through before gaining them as companions. Even though the Waifu harem is complete in a blink of an eye, Evenicle 2 does not lack boner-inducing female characters – something that becomes almost instantly clear right in the second chapter as our protagonists wash ashore on a tropical island full of sexy dark-skinned elves!

The Hero Syndrome is a new feature introduced in Evenicle 2 that is not only a major part of the story but has its role in the combat system as well. It is a reason for Alex’s grand adventure, an ailment that toys with skill users until death claims their soul, hence the urgent need to cure it once and for all using the power of Medica – A legendary skill that Alex possesses.

Your Waifus has the possibility to fall sick over time and the effects of the sickness change, bringing new and unique ailments hindering their battle efficiency until cured at the nearest town health facility called “Hospice”. Before you can eradicate a new type of sickness, it first needs to be identified and a cure in form of an item is required to be found. For a job well done, the player is rewarded with attribute points for the cured character, which after the sickness transforms into a regular disease that the Waifus can catch by random, thus prompting a need to revisit Hospice to cure them for free with no further reward other than getting rid of them.

Not only is the Hero Syndrome constantly brought up in the story, but it is also a vital part of the gameplay slowing down the player’s progress in a clever way that makes battles slightly tougher, thus giving a reason to make trips back to town more frequently.

Some Hero Syndromes are more bothersome than others, but it is always up to your own judgment whether they prevent you from moving forward. For example, one type of disease may put your party member missing target more often when attacking, while others can have a chance of skipping a turn or targeting a random enemy, and anything in between. It is not only interesting to see what types of Hero Syndromes are out there but they are also a fine opportunity to enjoy a little bit of naughty content, as well as earn some attribute points that come rarely.

I cannot really recall another game using such a feature which makes it very unique in my eyes, albeit not very complex. The Hero Syndrome feature definitely is not a shallow gimmick, it is the very identity of Evenicle 2, a clever one to add depth to combat, even if just a little.

World beyond the demo

Based on the Clinical Trial demo, the world map was not impossible but a bit hard to grasp just how big Evenicle 2 truly is. Simply by landing in a new area outside the demo, you can already feel the size of the world weighing heavy on your shoulders as you are still just starting your adventure even after a whopping 10+ hours into the game. At the end of the second island, it only becomes more clear that the world is anything but small.

However, when it comes to the level design, Evenicle 2 still continues an excruciatingly heavy text-based visual novel adventure that stops players every two or three steps to have a conversation between characters, thus making the world feel more simplified and restricted than it has to be. It is thanks to the game’s ability to keep its audience entertained with the story that makes Evenicle 2 not a chore to play through – Though there definitely is plenty of forced character dialogue stretching the runtime just for the sake of it.

While a bit too early to say at this point in my overall progress, at least for now, it appears that the places which you visit in the world manage to be unique from each other, thus offering an interesting world to venture through while guided by the story, even if very linear and restricted.

Thus far with 20+ hours into the game, I am enjoying my time with Evenicle 2 and look forward to bringing more information and content in the near future. For those not fearing to be spoiled, there will be full-length raw gameplay footage of the second chapter that goes over the tropical island of sexy dark-skinned elves and the recruitment of Alex’s third Waifu.

For more Evenicle 2 content, check out the first Dungeon gameplay and the official trailer.