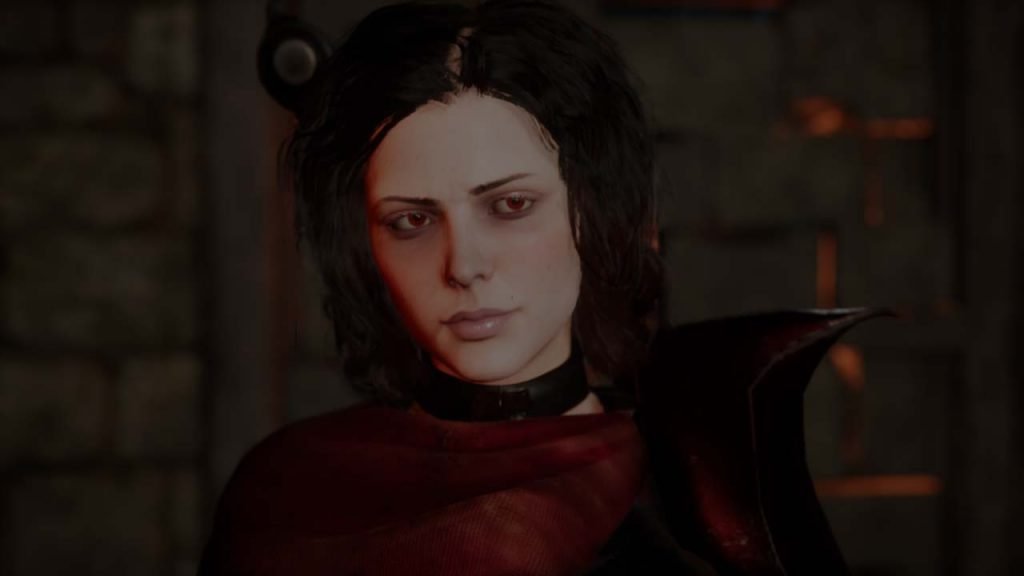 Every once in a while there comes an adult game made by a small team of indie developers who has a project so ambitious that one cannot believe it unless seen with own eyes. Kalyskah is one such game worth your attention.

An action RPG in a medieval fantasy setting similar to the likes of the Witcher series, Kalyskah replicates many aspects of a mainstream AAA video game while reminding gamers just how demanding story-driven open world video game development can be with its many bugs and glitches to a point of uncontrollable laughter.

While games like Witcher and Dragon Age may tease their players with romantic relationships slowly leading to the bedroom, only to disappoint with camera angles avoiding private parts like if adults had never seen them before, Kalyskah not only shows the forbidden areas of the human body, it builds the game around it.

Kalyskah aims to set the bar high for future adult games to follow its example by providing a rich story-driven medieval fantasy world in which the player is free to explore as they please and discover treasures, side quests, and lewd content worth to step off the beaten path. It is a project that demonstrates just how much promise adult games can hold in the mainstream media if given the chance.

While still in a very early stage of development, Kalyskah has what it takes to woo its audience with a promise of something wonderful once the project is complete. The player is already able to have a small taste of real-time combat mechanics, open-world-like exploration within a small sandbox area, fully animated story cutscenes, and uncensored adult content that is mixed in quests and gameplay.

Like any good RPG, Kalyskah lets you create your own female character with a small handful of options available as of right now. A few hairstyles to choose from, skin color, and facial details, these are not enough to create a unique-looking character but it still provides a small taste of what is yet to come.

There is a boob slider to decrease or increase your character’s breast size but only to a mild degree without letting the player go nuts with it. However, while playing the game, from the settings, the boobs’ physics can be adjusted to a more comedic degree in which the breasts can bounce up and down like made of jelly regardless of their size.

The game tells a story of a vampire lady Kalyskah, who wakes up in a dungeon once belonging to her but now chained up with no memory of what occurred within its walls. When an adventurer steps inside in search of a mysterious idol in form of a blood gem, he ends up freeing the vampire from which the grand adventure begins in search of the lost idol and giving rise to a legion of vampires to rule the lands once more.

On her way to the surface, Kalyskah runs into a succubus who becomes the first companion to follow around and assist in battle, thus letting the player know the story is not one to be walked alone in its entirety. It is also not designed to merely sit through either. The game gives players a chance to interact and make their own choices during some of the dialogues. You are free to carve your own path of either good and evil with the answers you give to NPCs, but this is not just to give a slightly different outcome as some cutscenes let you approach a situation with multiple possibilities that can end in many ways depending on your own decision.

What sets Kalyskah apart from many other adult games in the current market is its ambitious goal to provide plenty of animated cutscenes with full voice acting and player-driven dialogue options. Though still lacking eye-tracking Kalyskah team has gone above and beyond with the animations, already providing lip-syncing and numerous body movements that help make the characters feel alive.

Instead of just standing in an idle pose waving their arms a little, there are many cutscenes where characters, both Kalyskah and the NPCs, take the time to show the player just how much movement can be involved in each cutscene. Having said that, with the constant movement and complex poses come a hilarious side of the game that reminds the player just how much work the developers still have in their hands…

In the current state of the game, the cutscenes are often comedy gold in which characters find themselves in strange places during and after the cutscene. limbs glitch through objects, and sometimes characters disappear in mid-sentence or do not show at all. Naturally, this is all part of early game development but yet one can not help but burst into a laugh when seeing some of the more unexpected technical issues. The cutscene demonstrated below is the game’s more polished cutscenes as of yet.

Not much to write home about in its current state, Kalyskah provides promising-looking real-time combat equipped with mechanics that demand more of the player than tapping a single button to win. From the basic swing of a sword to attack, the player is also able to dodge, cast vampiric spells, and drink the blood of humans and woodland creatures to heal.

In the spirit of an RPG, players are able to find armor and weapons for Kalyskah to wear which make her stronger and change her appearance. When leveling up, Kalyskah earns attribute points that can be distributed to different stats to make her generally fight better with increased health, stamina, and so on.

While it is not clear just yet how big a world we can expect of Kalyskah, what we already get is a taste of a sandbox world waiting to be expanded into either a semi-open world or a full-blown open world experience.

The current world consists of a castle dungeon that acts as the introduction area for the game, as well as a small village in a valley engrossed by snowy mountains and a forest, in which the player gets to roam free, though with little to do as of right now. Nevertheless, the current state of the world showcases that the developers understand good level design and have the artistic skill to create a gorgeous fantasy world that may one day hold enough content to explore with wonder and excitement.

With a very small handful of quests to give a taste of what kind of adventures awaits the player in the finished product, Kalyskah already demonstrates the power of player-driven choices that instantly helps to set the game apart from the rest of its kind. Every quest holds an opportunity for the player to choose their own words to follow the story, some of which have a more drastic result on how the quest continues or ends.

In one example, to learn about the whereabouts of Kalyskah’s lost idol, she must get the information out of an innkeeper who provides the player with multiple choices of how to make him spill the beans. Either pay with the coin if enough in hand, or entertain the customers of the establishment using her body. Such is the nature of the game with its options, often finding a decent excuse to use Kalyskah’s glamorizing body for her to get her way while entertaining the player in the process.

Kalyskah has the potential to stand strong on its own even without any adult content but having chosen to provide such entertainment, it certainly makes the game more inviting for someone looking for a story-driven adventure set in a medieval fantasy world. However, just like a broken record, the adult content also requires much work and polish before it can be recommended.

The sex is not only tied to quests, within the world of Kalyskah there are NPCs that can be found walking around, most of them free to have sex with when approached. This initiates a simple minigame in which the player is required to keep the sex partner satisfied without them losing interest halfway to climax. For those not interested in such a feature, the minigame can be disabled in favor of a free mode.

When compared to the fully animated cutscenes, the sex animations can be disappointingly mild, but they can still be quite enjoyable when blended within quests without the manual control required.

Similar to Subverse, Kalyskah appears as an ambitious project standing in the frontline showing the world the potential that adult games hold, deserving of more attention and a bigger budget to make the team’s vision become reality on a larger scale than what they currently can afford. Even though the game may not be worth recommending to play in its current state, those able to see past its many bugs and other technical problems can find something precious worth waiting for.

Know that even if the game may not lure you in just yet, you can expect to hear more of Kalyskah here on Eroguysensei as new major updates become available. To support the developers, visit Kalyskah Team on their Patreon and become a patron that will grant you access to the latest test-build of the game. To try Kalyskah for free, simply download it via Itch.io.