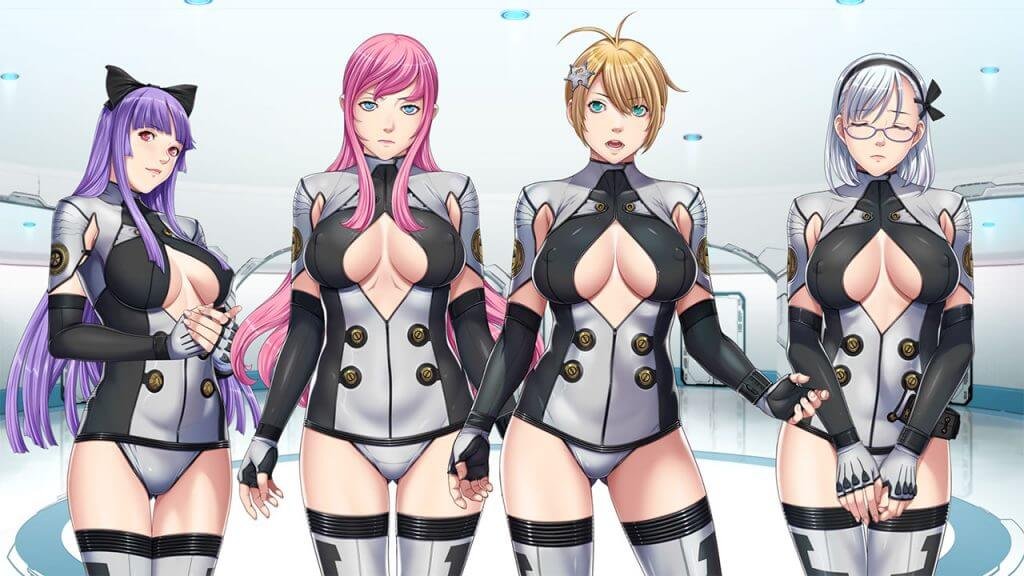 Originally released on the 18th of September 2015 in Japan, developed by Empress, Closed Game got localized and published by JAST USA on May 27, 2021, for the western audience to finally get their hands on a popular title that had caught the interest of many ever since its initial release.

Giving the player power to choose how the story progresses, Closed Game is an interactive story with multiple endings, following a group of four attractive women, and a faceless male protagonist acting as the leader of the group and vessel of the player who shall make decisions on behalf of the girls that will carry out heavy consequences down the road, or so the game likes you to believe…

Every choice the player makes in actuality is just a decision on who the player shall see in the next adult scene, nothing more, nothing less. This is the simple gameplay loop of Closed Game that ends up being its downfall for what could have been an outstanding game to recommend had the characters been written into the story with a potential to die based on player actions – just like how the game is marketed, mind you.

With a strong start to get the player hooked on the story, Closed Game paints a gloomy world on Earth from which many wish to escape to a rumored place called Caelum Urbs, a city populated by a high-class society hidden in space to escape Earth’s poverty and brute nature of its simpletons to seek a lifestyle more suitable for elites.

Following the grim events of the death game, the story is told from the perspective of Tougo, a young man making an honest living on Earth going through scrap metal to salvage. Together with his busty bounty hunter childhood friend, Celicia, the two dream of a better life than what they are given. Not long before their wishes are answered as they get kidnapped to a twisted game show broadcasted to heaveners on Caelum Urbs.

Face to face with their childhood friend Celine who happens to be one of the heaveners and person behind the kidnapping and the horrors yet to follow, things get personal pretty quickly. Despite a promising reward to win a chance to earn a place to live in Caelum as one of the elites, Celicia is more keen to make Celine pay for her horrific actions.

When our stars of the story and the others also unfortunate enough to have been kidnapped witness the first death of the game show, everyone finally realizes just how big of a mess they are in. Thus begins a desperate struggle to survive!

Despite telling a story of a dangerous game show in which death is only one corner away, as is demonstrated early, the story soon forgets what it is about in favor of shoving cheaply written excuses to have sex in every scene going forward, with no more death to be followed after the first one.

The characters spend a majority of the story discussing strategies on how to survive and building up a sense of danger for the player to lean towards in excitement, all while serving victory on a silver plate for the main characters without giving them a chance to even try to survive the harsh world of the Closed Game.

For the sake of continuation of lewd scenes, the villains constantly contact the main characters via a holo-screen or in-person to show them the right way to victory, thus depriving the story of any chance to be interesting. Continuing like this from start to finish, this type of lazy writing almost requires a skill of its own to be achieved. When the audience is robbed of a sense of danger or reason to root for the heroes’ survival, there is no real story left to be told in Closed Game.

Closed Game tries to paint an idea of a twisted game show being broadcasted to the citizens of Caelum Urbs as sheer entertainment but not once will the player see any glimpse of the audience. The entire game show revolves around only a handful of characters, all part of the show. The Caelum Urbs and its people are nothing but a mention without visuals to help build a believable world for the player.

Due to the lack of an actual audience presented for the player to see, the story could be just as much about Celine kidnapping the main characters for her own entertainment and the story would feel just the same if not better for it.

The idea of a dangerous game show held in space for an elite class feels forced when the game is not even ready to show the player anything having to do with TV-based entertainment. Despite having contestants in an artificially crafted world to compete in, there is no sign of TV cameras anywhere nor do the characters ever acknowledge such things existing. This is but one of the countless examples of how Closed Game ignores its own world.

Trying to find any sign of “game show” in a materialized form beyond mere spoken words in character dialogue ends up being impossible because there are none. How the story ended up being about a deadly game show is quite baffling.

Sometimes giving no power for the player to interact with the story can be a better experience than when giving one but not respecting it nor following through. Closed Game likes to give the idea that you are in control of every decision along the way, but such opportunities come rare, and when they do, they are nothing more than an illusion of choice.

Even though the story presents plenty of interesting situations to make an impactful decision, often the characters end up making decisions on the player’s behalf, thus leaving the player-driven decision-making only to situations where they do not matter. If this was not bad enough, sometimes the choices presented to the player are nothing more than choosing between going left or right with no information to make an educated decision. Just like a coin toss based on random luck, these types of situations only make the game feel worse, especially at times when the ending is on the line.

Closed Game is marketed as an interactive story in which player decisions lead to the team’s survival but this is an ugly lie from the developer’s own marketing team to build hype over the “death game” aspect that only ends up disappointing for how shallow it is. Had the game marketed the decision-making to be about choosing sex partners for adult scenes, even when not very interesting, at least it would have been truthful.

Going against the spirit of a deadly game show, none of the adult scenes end in the main characters’ gruesome death. Free of blood and gore, Closed Game keeps its filth at a tasteful level for a mainstream audience to enjoy.

If not for Seishoujo’s art, Closed Game would most likely be just a forgettable title not worth speaking of, but it is the artist who has managed to single-handedly save the project and make its name a popular one. Had Empress given the story as much care as for the visuals, Closed Game would not have to struggle to be an easy recommendation. To top it off with awfully misleading player-driven choices, there is no excuse for how poorly the only interactive element in the game was handled by the developer.

To learn more about the game, watch the Closed Game trailer or almost hour-long H-scene from the early story.