Future Fragments is a thrilling lewd sci-fi action platformer currently being developed by The Future Fragments Team. With a planned release date right around the corner, the game is set to go live on the 31st of March, 2021!

Mix and match abilities and powers, explore levels that each feature unique mechanics, and follow an exciting branching storyline with over a hundred optional story and sex scenes! Travel to a threatening future and seek the fragments of a powerful weapon to defend your kingdom!

By the work of your king, a portal has been opened to the year 3000 AD. With the kingdom under attack, the king’s final hope is to send you to the future to retrieve fragments of a devastating weapon that has the power to stop the enemies of your kingdom from the year 1000 AD.

However, what awaits on the other side is the ‘world organization for regulation of the masses’ (WORM), the global power that has outlawed sex in order to increase productivity. Needless to say, there are many from this era who are very desperate for sex. It is here where your quest to retrieve the fragments begins, but also where trouble will find you…

Future Fragments offers a fantastic fast-paced and complex platforming challenge filled with all kinds of crazy powerups, over 50 to be exact. Each level has its own unique mechanics and bosses with multiple attacks and phases. With some conflicting information gathered from Steam, Patreon, and the trailer, there is said to be a wide variety of enemy designs, with at least 20-30 enemies, 7 bosses, and a total of over 90 H-animations.

The game includes over 25 hours of professional English voicework, a fully-reactive soundtrack, and a built-in level editor that lets you create your own maps and cutscenes to share with others.

There are over 200 optional cutscenes ruled by your own decisions which eventually lead to around 36-40 possible endings! Guided by a morality system that shapes your character’s personality, each decision matters. As if this was not already enough, there are also databanks that will allow you to learn even more about the story of Future Fragments!

Future Fragment’s adult content is delivered both within gameplay and fully voice-acted visual novel cutscenes. The enemies you come across all have the possibility to devour your sexy little blue-haired girl for some fun time to be had. Not only this but sometimes there are lewd events taking place which are tied to the story but presented within the game world.

There are plenty of animations to go around and even though these can sometimes lack some much-needed frames, they do the job more than fine. One could say the simplistic animation is part of the game’s charm.

Despite a somewhat serious undertone, Future Fragments does not take itself too seriously but rather cracks a joke wherever it can. Thanks to this and the professional voice-acting, it can often feel like watching a Saturday cartoon but for adults. Sometimes these events may even be able to crack a laugh or two for how over-the-top ridiculous they can be.

The Future Fragments Team consisting of three people has managed to gather outstanding 2,000+ supporters on Patreon with their highly anticipated adult game. Future Fragments is a game that I had heard about a long time ago but never seemed to realize just how ambitious of a project it truly was until just recently. It is only now that I have laid my eyes on it and am eagerly waiting for its full release which is only a couple of months away! It is then when you shall receive more information about this wonderful game, but if you can not wait to get your hands on it, know that Future Fragments has a demo available.

For those seeking more Sci-fi thrill, Alien Quest EVE is a game for you! Filled with both gross and sexy aliens, It offers fast-paced action platforming and stunning H-animations! 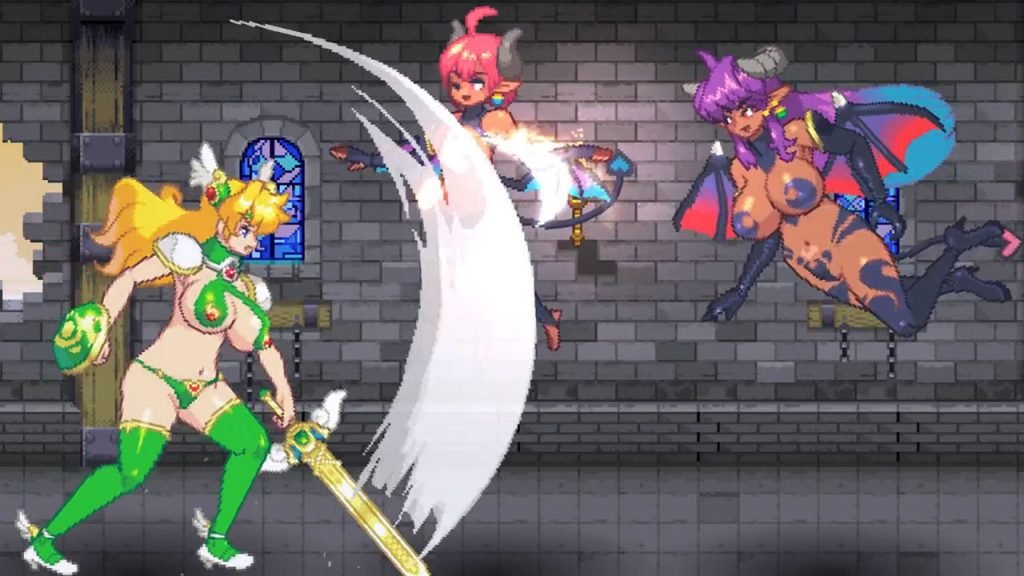