Magnum is the 8th installment in the Rance series and an expansion of Rance Quest in which the player continues to follow Rance as he tries to break the curse that keeps him from having sex, something that he incurred upon himself in the previous game.

Play as Rance in yet another epic quest to dominate and conquer beautiful women all across the mainland for self-satisfaction. Along the way, fight monsters that stand in your way, rescue damsels in distress who become part of your group, but more importantly, enjoy ravishingly well-designed adult scenes and characters that you can fall in love with.

Rance crossed to the island nation of Nippon on the eastern edge of the continent in order to partake of its Princess Kouhime, who was known far and wide for her beauty.

Chasing this goal, he met Nobunaga Oda, the leader of a minor state called Owari, and was entrusted with the command of its army, going on to conquer the country as its women as well. Rance defeated powerful warriors from clans Uesugi, Takeda, Imagawa, and others, gradually bringing all of Nippon under his rule, but in the final stage of the conflict, he lost his most trusted partner…

Having returned to the mainland, rance resides in the Copan Empire, part of the Free Cities Zone. With a student named Sachiko who he saved on a whim (so he could have sex with her), he travels east and west, completing quests in search of beautiful women and fortune! “Sill? Gahahaha! She can wait!” Just like always(?), Rance beds down with as many women as he can. but when he visits the Kalar Village with nefarious intent, he’s struck with a curse that keeps him from having sex!

With his HYPER WEAPON disarmed, what will become of Rance’s life? He can still fuck strong girls, though!

Rance and his party of cute girls set off to find mighty maidens and treasures galore!

Have a laugh at countless fantastically written comedic dialogue between Rance and his female group of followers – The jokes in Rance Quest Magnum do not run dry but rather only get better the more characters join your party to occupy the cutscenes!

Though it can be confusing to follow some of the characters if not familiar with the previous Rance titles, the game does its best to quickly reintroduce the returning characters during dialogue in form of reminiscing of the past. To learn more about each character, the game provides a catalog of character Bios that give more than enough information to know who the characters are and what they have done in previous titles. Knowledge of the previous events in the series definitely can enrich the experience but going in completely dark without prior knowledge of any of the characters does not mean that you will not have a good time.

An absolute sex maniac with a selfish desire to conquer the world and all its beautiful women, Rance is driven by sheer will to satisfy himself and only himself with no care of consequences or those around him. He is often seen as a hero of some kind but nothing could be farther from the truth. He is a self-centered asshole who despite all of his flaws somehow ends up doing some good and having a positive impact on others without even trying. With many adventures already behind him, Rance still continues his epic quest to add more women to his harem.

Sill is a slave bought by Rance long ago who has formed a deep affection to her brutish master strong enough to stand any form of abuse that Rance with his selfish way ends up inflicting upon her time and time again. Her unquestionable servitude is caused by the spell of absolute obedience but despite having worn off already, she has remained on Rance’s side not only as her slave but a loyal companion to whom Rance is yet to give more credit than she deserves for all she has done for him.

From Sengoku Rance, having become frozen in ice trying to protect her master, Sill is yet to be freed from her icy prison – Something which unsurprisingly enough Rance is more than okay to put on hold in favor of chasing more women.

One of the main heroines and the first companion of Rance in Magnum, Sachiko was saved by him from the claws of monsters and as a way to thank him, she promised him her virginity but instead ended up becoming somewhat of a servant to replace Sill while she is frozen in ice. Now acting as Rance’s shield in battle, Sachiko regretfully waits to pay off her debt to Rance which he is not in a hurry to collect.

Nippon’s greatest kunoichi (female ninja) who once was set to assassinate Rance but took a liking to him and instead of taking his life, Suzume now follows Rance around as his personal bodyguard. A master of spying and assassination, Suzume’s mission record is a long one but also spotless… well, except when it comes to Rance.

As a well-trained assassin from Iga House, the country of ninjas, Suzume has mastered the art of sexual assassination. Pumped with poison, her body is a trap for those she wishes to harm during sex. Having thought of sex as nothing more than a tool to kill, Rance was able to change her mind while at the same time making her fall for him.

The commander of Kalar guards and the Queen’s right hand, Aegis is a powerful fighter born to an all-female race of immortal curse crafters. Resentful of the human race, especially males, she is saddened by her past of what the humans did to her sisters.

When Rance managed to capture Aegis, she swallowed a special type of grass that took her memories away so she could protect Kalar village’s whereabouts from the intruder. Naturally, Rance saw it wise to use this opportunity for his own advantage…

A silent girl with vast knowledge of curses and the world of spirits, Crook travels around purging them. Rance having met Crook in the Kalar Forest, this mostly quiet girl soon decided to join him, seeing as he was a man of misfortune for all those around him, easily attracting trouble, some which proved great value to Crook and her personal quest.

By revisiting already cleared dungeons some things may appear different. There are some secrets to Rance Quest Magnum, many of which are tied to recruitable characters and their H-scenes. By utilizing your party members’ unique set of skills, you can make the exploration of different dungeons a more rewarding experience.

Earn experience and level up characters to grow them stronger by defeating enemies. Enemy encounters are random and there are special battle events that may take place when interacting with event icons seen inside the dungeon.

Choose up to 5 party members to bring along with you to battles. Each recruitable character can offer something unique and useful in battle so experimenting with different party combinations can be both exciting and rewarding! Outside battles when in need, characters can be swapped to build a working team combination but also to replace exhausted characters who have run out of actions to continue to battle. Both skills and basic attacks can only be used for a certain amount of time before forcing you out of the dungeon to refill. This encourages the player not to spam the strongest attacks and instead save them for tougher enemies.

The combat is time-based tied to player action. You have limited time to defeat all the enemies, or else the battle ends prematurely, giving you less EXP in return. However, there are cases where battles have no time limit or may result in Game Over when time reaches zero.

There are over 70 recruitable characters in the game from which more than a handful can be recruited via Main Quests but additional and hidden characters can also be sought out by stepping out of the beaten path and doing something completely different that may or may not be tied to quests.

Change characters on the fly to add to your party who follow you into battles. Each character has unique abilities able to assist you in various ways both inside and outside battles. With the addition of helpful skills that can be acquired for them by spending skill points, you can build unique party combinations strong enough to take on any challenge. You can even discover and buy gear to make them even stronger!

With well over 200 quests in the game, your time with Rance Quest Magnum is promised to be a long one. Quests send you to dungeons where you can find yourself discovering treasures and defeating bad guys. New quests often begin with a delightful visual novel cutscene paving the way for an upcoming dungeon. By clearing quests you unlock new quests and areas to explore.

Quests come in form of reaching the end of a dungeon or defeating a specific monster which are often bosses. Some quests have restrictions like bringing or leaving out certain characters while others ask you nothing more than to have sex with someone.

You may want to repeat certain quests for the grind to level up characters but also to search valuable and helpful items, as well as discover recruitable characters that appear on the second visit to an already cleared dungeon. It can be comforting to know that even when failing a quest, your EXP is not lost.

Quests can be easily filtered to show the information you desire in different situations, thus never leaving you lost on what to do next.

From basic vanilla content to more hardcore and sometimes brutal H-scenes, Rance Quest Magnum continues the familiar flavor of offering a little bit of everything for everyone in which Rance occupies most of the scenes, though mostly hidden behind or in front of the girls that are the main focus after all.

As is the case with many Alicesoft produced games, some characters can appear much younger than they lead you to believe. With a little bit of blood and explicit violence present in some scenes, these moments are extremely rare and far in between.

Taking into account that Rance Quest Magnum is an older game, its dungeon crawling and the battle system are very similar if not identical to Evenicle, only less polished. to put it simply, if you have played Evenicle then you have played Rance Quest. Despite the obvious similarities in gameplay, the story of the Rance series (including Magnum) is on a whole another level! There is a lot of charm and funny character dialogue in this title, making it easy to recommend for anyone who is looking for delightful and laughter-filled storytelling mixed with some old-school RPG elements.

Being one of the few localized Rance games, Magnum gives enough story to get ready to experience Rance X: Showdown when it finally releases in the West somewhere in the not-so-distant future, delivered by Mangagamer. However, with Rance IX – The Helmanian Revolution English version almost finished (Again, by MangaGamer), luckily, you will not miss the story between Magnum and Showdown.

In case you wish to experience the events before Rance Quest, you can begin the journey from the very beginning by getting Rance 01 + 02, or if you simply want to know what happened right before Rance Quest, then Sengoku Rance is the right place to start. 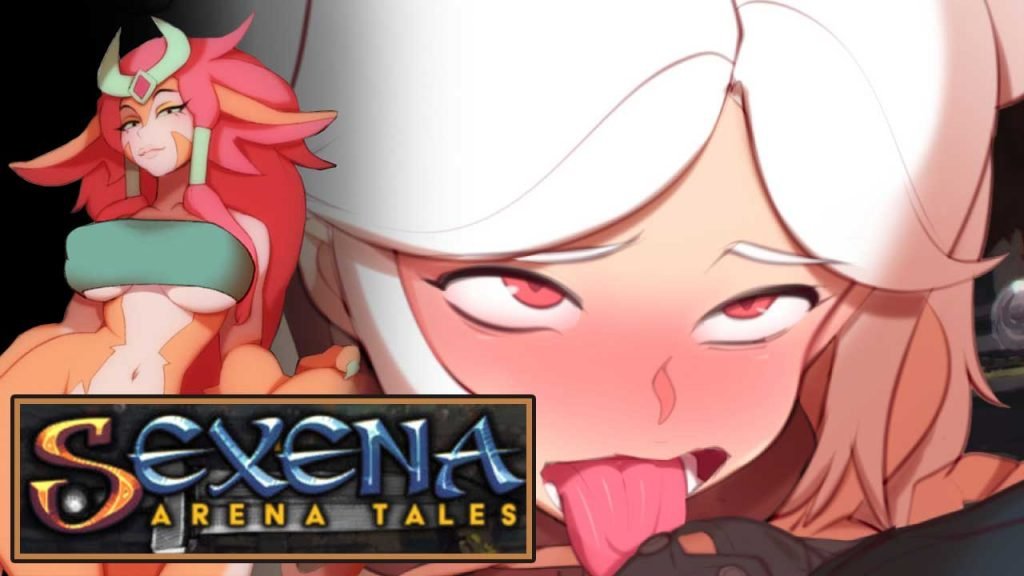